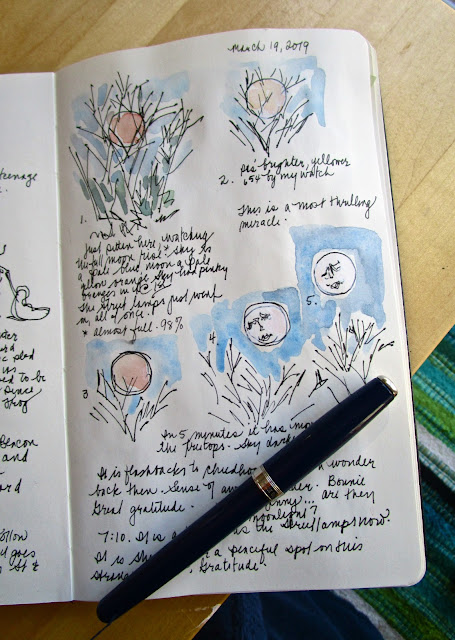 I made a point of watching the moon rise,
the last night before Spring officially turned.
I sketched quickly from the upstairs window.
This gorgeous ball,
moved quickly as she rose.
Forget science, forget tanky machines & flags
on the moon, THIS was the poetic moon
of childhood wonder & awe! 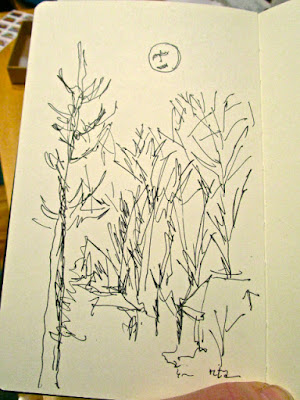 A sketch, once she was higher and... 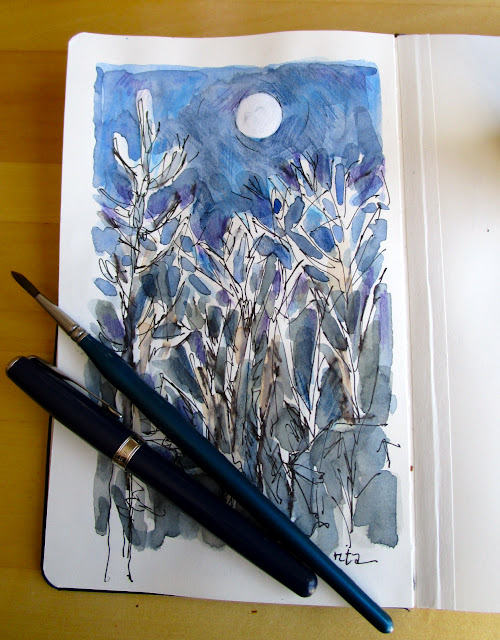 again, color was added from memory. 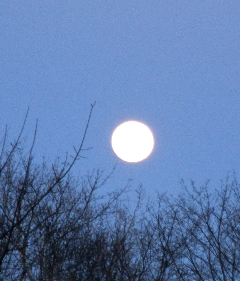 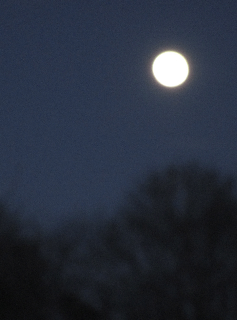 I prefer to sketch & write notes.
But sometimes I'm grateful for my little camera. 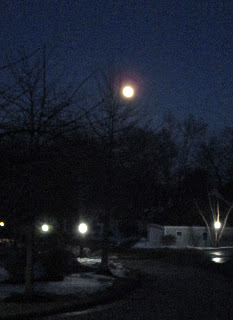 She is called The Full Worm Moon,
March being the month when earth worms begin to appear.
(Well, maybe not in Maine.)
Also The Sap Moon, when maple sap begins to flow...

Below: Same place, the next morning.
The sun was now taking the moon's place,
rising in just about the same place, to the East. 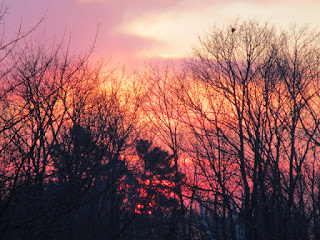 And while we had slept the night before,
that old moon had worked her way
across the southern night sky, toward the West.
I went out to see her before she set behind western tree tops.
She was the same size as the night before,
but she had on a misty, softly lit robe,
instead of her dazzling nightime party dress.