I tried something different today. With closed eyes I randomly pointed to one of many old journals on my shelf to see what I would find. 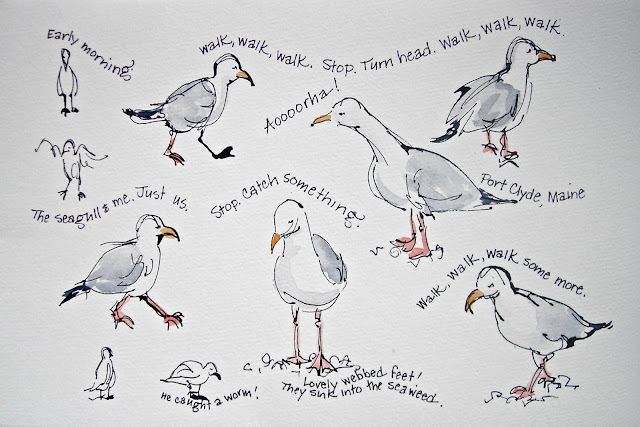 It was my 2008 book with my pages of seagulls from Port Clyde, Maine!  Serendipity? Psychic event? I had been thinking strongly of these pages when, 2 days ago, I received a most beautiful postcard from my dear French penfriend, M. I had been thinking that I would love to show her those very pages, but had no idea which journal they were in! 5 years ago I had observed one lone gull down at the ferry landing, industriously procuring his breakfast. It was very early morning & it was just we two. How often do I remember to be still & to observe something or someone for an extended period of time? Not often enough! It leaves an impression when I do. 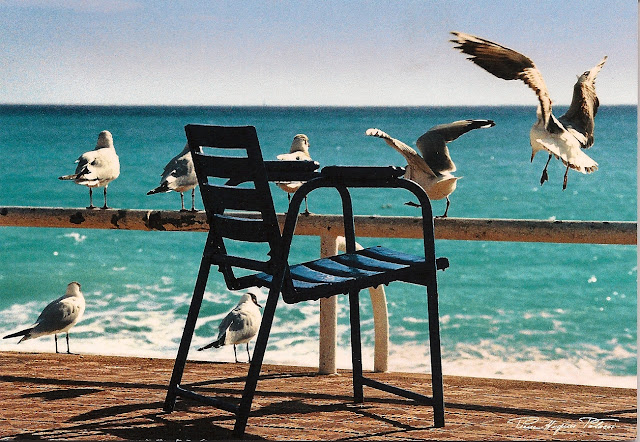