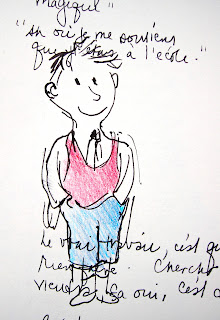 A sketch from 2009, when I had the surprise treat of attending the Le Petit Nicolas show at l'Hôtel de Ville. There are many reasons why adults love Le Petit Nicolas. Sempé wrote: “L’univers du Petit Nicolas est un monde idéal. C’est l’enfance que Goscinny et moi aurions voulu avoir.” (The universe of Petit Nicolas is an ideal world. It’s the childhood that Goscinny & I would have wanted to have.) 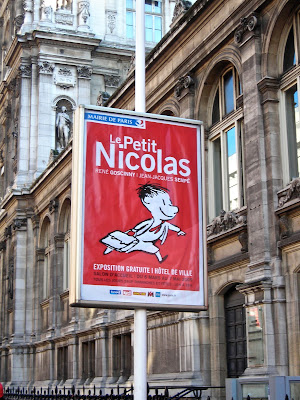 It was the 1st French novel that I was able to read, about 7 years ago. (not sure how much I've progressed since...) Students of French & native speakers, love Nicolas' informal & enthusiastic language. 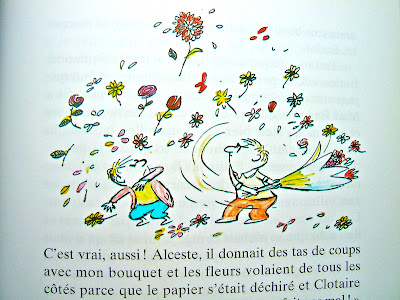 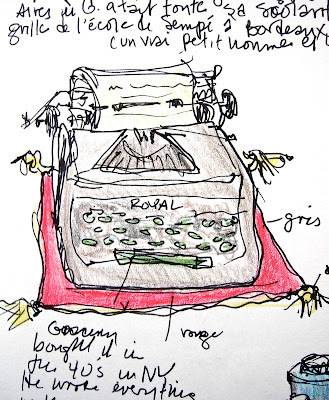 On display were original drawings & text pages, as well as Goscinny's & Sempé's tools. Goscinny wrote everything on a typewriter, bought in NYC in the 40's, that he loved as a pianist loves  his or her piano. 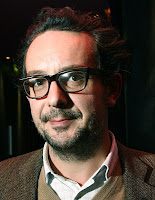 Photo from Wikipedia
An extra treat for me was listening in on an interview by an American reporter with Goscinny’s son in law, Aymar du Chatenet. He said that French kids learn to read their language with Nicolas. He wasn’t sure why the translated English version didn't become popular in England & America, in the way that other foreign versions have succeeded. Indeed I had found that the English translation lacked the charm of the French, while the Polish one, Milolajek retained it. Translated editions in some 30 languages, were displayed at the show. 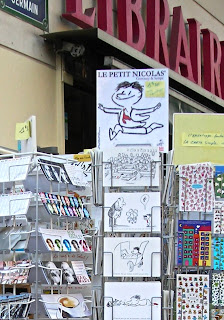 You can buy "un tas de" Petit Nicolas products. I do like the postcards, but none of the spin off objects match the books themselves. 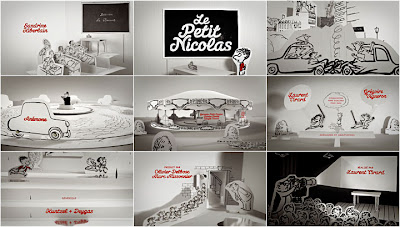 The film version came out in 2009, but, à mon avis, the best part is the animated title sequence. To see it, click here.
Posted by Sketchbook Wandering