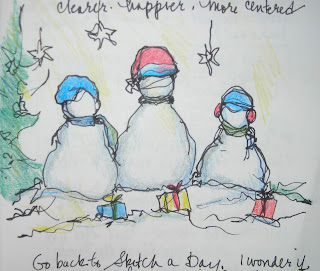 I haven't been sketching much lately, but the other morning I sketched
a shop window display looking out the window
of my café in the Old Port. 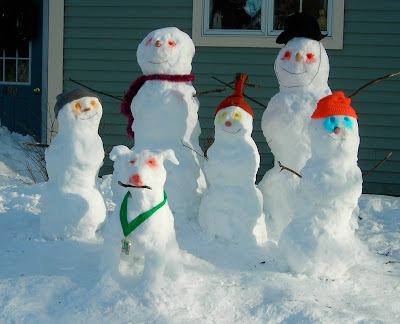 Several years ago a snowfall created a perfect medium for creating snow folks. Don't you love the snowdog? One year, the Child Me made a snowhorse. You could actually sit on it & rock it as if you were galloping! 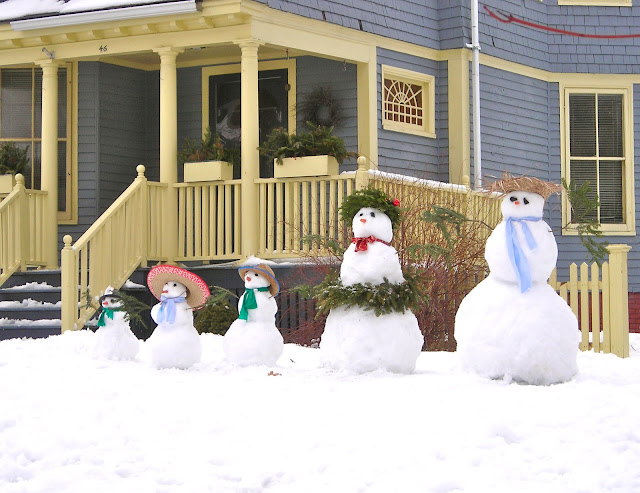 Snowfamilies were out in full force the year of the snow sculpture snow. 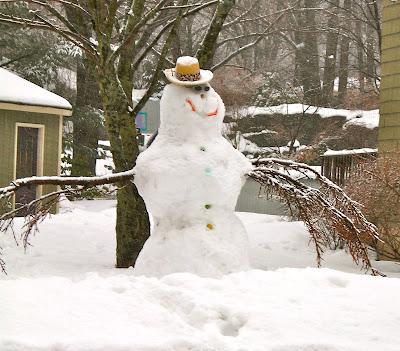 Personalities appeared, & you felt the energy of the families working together.

I had few picture books as a child, but I loved the ones I had. One of them was a story of a talking snowman who eventually had to melt (no, it wasn't Frosty). I think there were icicles who told the child how sad they were to leave, but that they would be back the following year. I don't recall the name of the book & can't even find it on the site "Stump the Bookseller". But the impression was deep & lasting.  Then, in the 80's, at my graduate school, I first saw the film based on Raymond Briggs' book The Snowman. 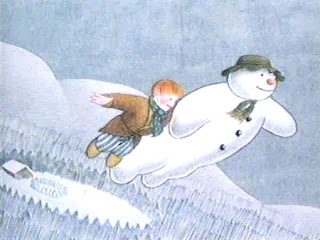 Here was a snowman who danced, flew, & even visited the boy inside his house, all told in gentle animation with lovely music. I was charmed all over again.I did my final project on an integrated curriculum around the theme of snow.

I can hear my mother's voice right now: "Go out & play in the snow while we have it!"
OK, Inner Mom Voice, I'm putting on my boots.
Posted by Sketchbook Wandering