Farnsworth. Bell Ringers And A Crankie 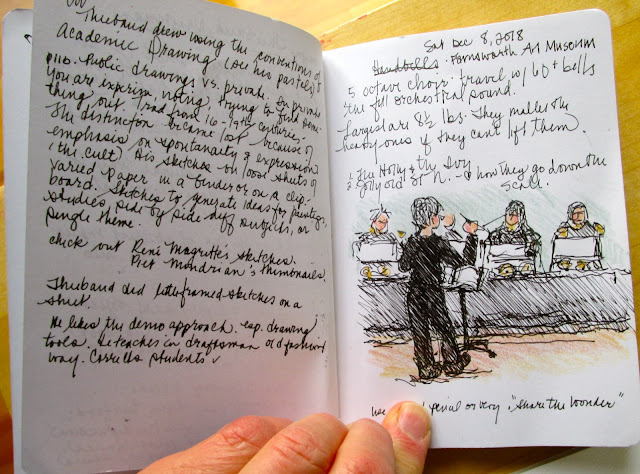 Festive Holiday doings during the Farnsworth Art Museum's
seasonal Share the Wonder events.
First, a concert by the Penobscot Ringers,a handbell ensemble.
It was music of the angels & had
a number of us in the audience crying for the beauty of it all!
Such beauty in the midst of some real ugliness in the world. 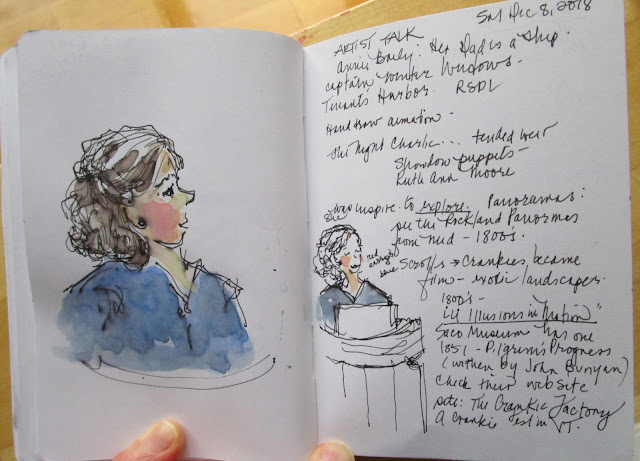 After the concert, a lecture by Annie Bailey,
creator of a rotating storytelling mural for the Museum's
front window. It tells about Maine heroine,
Abbie Burgess, a 16 year old who tended
The Matinicus Rock Light & took care of her family
during a raging storm in 1856.
Her father, the lighthouse keeper, had gone to the mainland
for supplies, but could not get back for 4 weeks!

Bailey said she chose Abbie as a symbol
of focus of in a time of chaos.
Something that is needed in these times too. 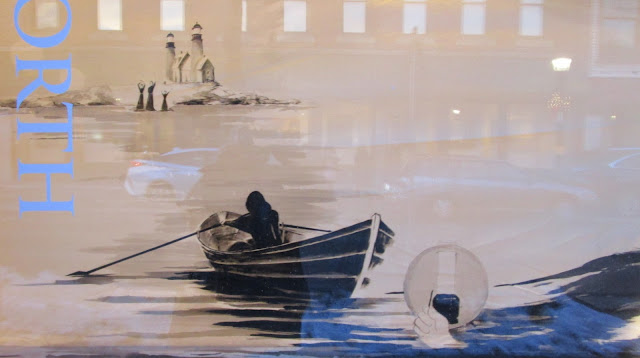 (This photo of 1 scene doesn't show the mural's true size
& the window picked up reflections. But...)
The scroll's height is 4 ft. & one full rotation is 60 ft.
The scroll, called a "Crankie", moves between 2 spools
by way of a bicycle chain mechanism created by Andrew White.
Bailey collaborated with a number of people
to make this project work, & she has studied the Crankies
of the 19th century.
There was, as with all original projects,
trial & failure before final successes.

(I'm hoping the mural will stay up beyond its Jan. close date.)
Posted by Sketchbook Wandering