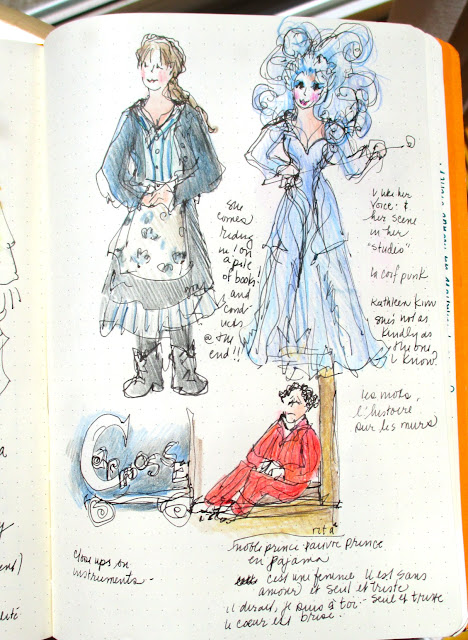 The art of storytelling, is so vital to humans,
maybe more than ever
during a time of confinement.
I can't travel to gather new stories & world experiences,
but my mind & heart can.
The fairy tale Cinderella came to me recently
via the Metropolitan Opera website.
Cendrillon de Jules Messenet, written in1899.
I sketched while watching it on my computer screen. 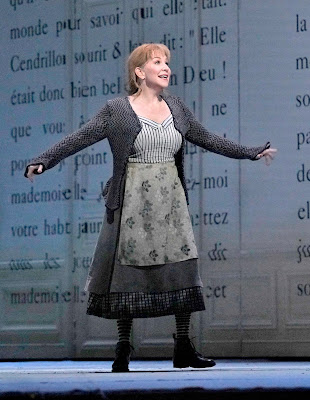 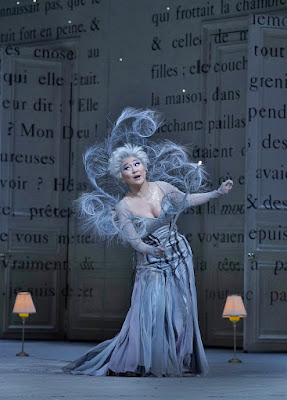 I was brought back to magical fairy tales, characters, costumes & settings
that sustained me in childhood.
I am brand new to opera.
What a wonderful way to begin a journey
into a new art form:
An opera for children as well as adults. 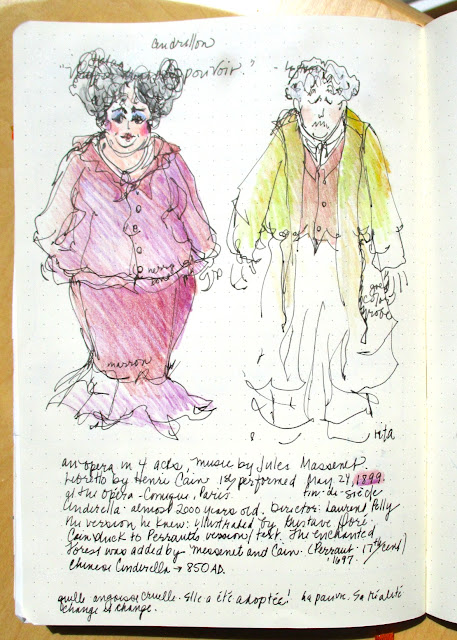 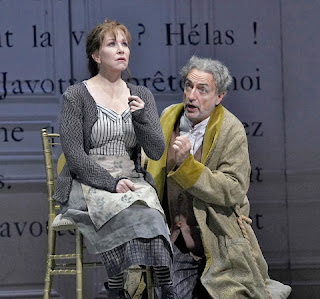 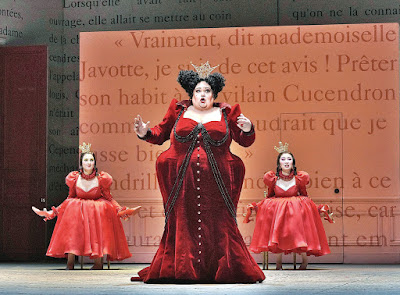 Studying the French language continues
to be a sort of enchantment for me.
Voilà, this opera is in French!! Double, triple enchantment!! 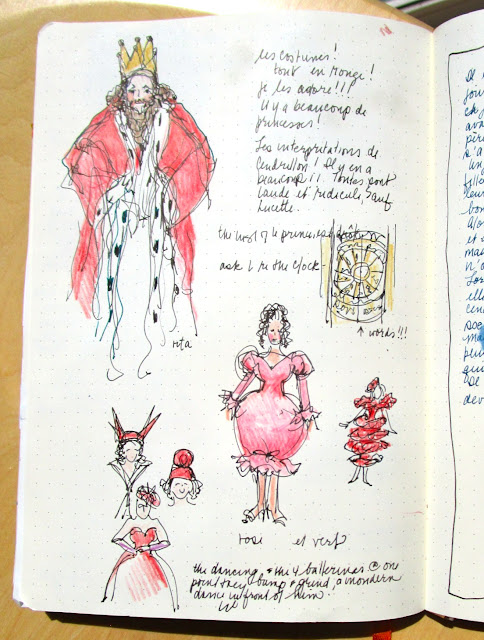 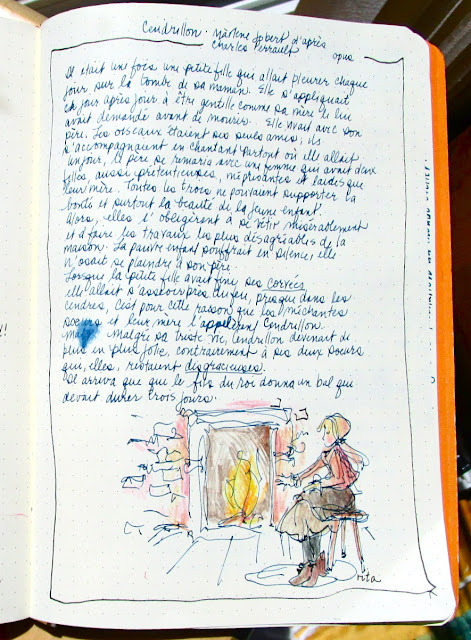 The story theme of Cinderella is almost 2,000 years old!!
In my own library I found a version of Cendrillon,
based on Charles Perrault's interpretation.
I copied text from it as a French language exercise. 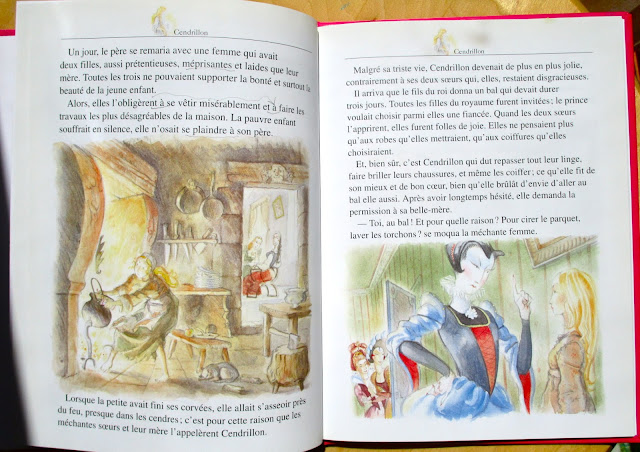 This book is interpreted by Marlene Jobert,
illustrated by Matthieu Blanchin 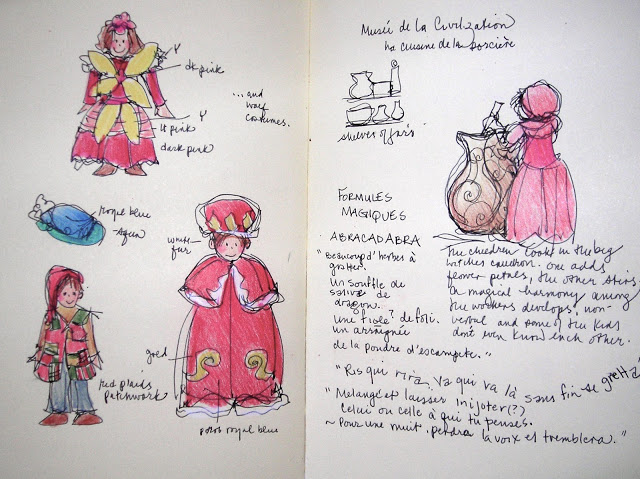 I saw an interactive exhibit at the Musée de la Civilisation
in Québec in 2012 called Il était une fois, Once upon a time... 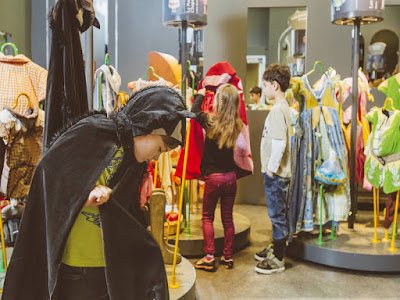 Children donned costumes & played fairy tale characters.
I was struck by the similarities of my Cendrillon sketches
to those from my visit to that exhibit. 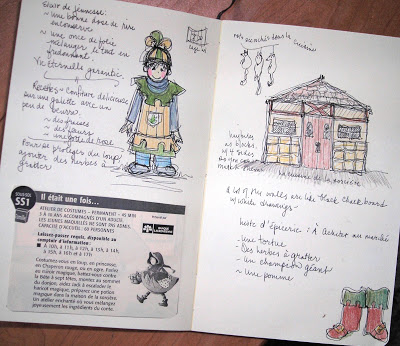 (Thank you Leslie for sharing your love and knowledge
of opera!)